Unlock Your Vision … And a Bit of EDA History 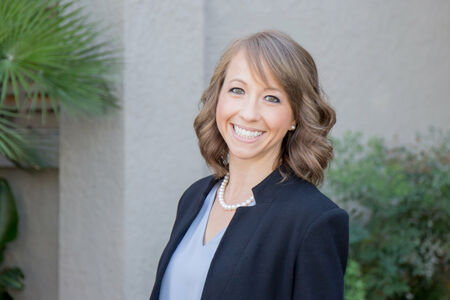 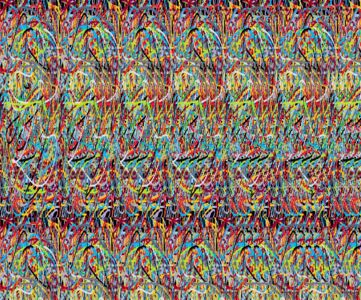 What’s hiding in your design?

Repetitive patterns and hardware designs have something in common: there may be more than meets the eye. Even simple designs can have corner cases that are hard to detect by code review alone, and the situation is even more complex if third-party or legacy IP is involved. What if the IP has a deliberately hidden function? This is where verification tools like OneSpin 360™ come in, to remove human limitations from the equation and reveal unknown design behaviors and bugs that may be lurking beneath the surface.

The 2020­–21 OneSpin Holiday Puzzle was our fifth annual seasonal challenge of its kind. This time around, we provided a stereogram image and an accompanying Verilog design (named 'shifter_locked') that was not trivial to read. The challenge was to discover a 4-bit key that made the design work as expected. Analyzing the Verilog design with OneSpin would take only a few minutes, but contestants were encouraged to be creative and were at liberty to use any tool(s) they wished.

Additionally, this year’s contest was much broader than those in years past. For the first time, our puzzle designers included an opportunity for non-technical folks to participate alongside all of the verification wizards out there. The provided stereogram image contained the 4-bit key, and all that remained was to figure out how to read it. I loved these “magic eye” puzzles when I was a kid, but there is decidedly a knack to being able to unlock your vision and view the secret images hidden within.

You can check out the original puzzle prompt here.

We received dozens of entries in both the Verilog and visual categories, and many contestants went the extra mile to solve the puzzle by both methods. The submissions were among the most interesting and entertaining we’ve ever received, so our judges had their work cut out for them!

The winners are as follows:

Congratulations, all of you! You’ve won gift cards for Pixel Eyewear, whose blue light filtering lenses should protect your eyes and help to keep your vision sharp for the next puzzle challenge.

We’d like to give kudos to everyone who entered this year’s contest. If you provided us with your mailing address, a little thank-you gift is on its way to you by post.

If you missed the chance to participate in the Holiday Puzzle this time around, don’t fret. There will be another one toward the end of this year, so stay tuned! In the meantime, here’s one more stereogram image you can try, just for fun. [IMAGE]

What’s with all these contests, anyway?

As you might have discerned from our annual holiday puzzle, the OneSpin team loves a bit of friendly competition. It’s been part of the company culture here since the early days: You could even go so far as to say that it’s our birthright.

After the 2005 spinout from Infineon, the team was operating under a vague working title as they got their feet under them and refined the direction of this new effort. Development of our core verification solutions took top priority, of course, but there were still plenty of business decisions to be made in parallel. Near the top of that list was the question of what to call this new company.

An internal contest was deemed the way forward, and everyone who was involved with the nascent company in some capacity was invited to submit name ideas for consideration. Simple and straightforward won the day. The victorious entry came from a consultant based in the UK, whose intention was for the name to call to mind “first time right” products: that is, those requiring only a single spin in silicon for completion, with no re-spins. Tape out your design, spin the chip, and it comes back correct. One spin. OneSpin!

We still like to get it right the first time, but OneSpin stands for a lot more than that nowadays. When someone hears the OneSpin name, we hope that they think not only of high-quality IC integrity verification solutions, but also of strong relationships. We have placed a priority on cultivating a rapport with our users through flexible, high-touch support that revolves around an intimate understanding of our users’ needs. We work alongside them to tackle the most challenging verification puzzles to produce a functionally correct, safe, secure, and trusted design. To enable that to the full for as many people as possible, we place an emphasis on making the power of formal accessible and effective for all. The expansion of our platform to include automated apps is one example of our effort to demystify what used to be considered a “black magic” niche in verification technology.

I’ll leave you with one final piece of OneSpin trivia. The prize for that naming contest? It was originally supposed to be a case of fine wine, but our winner had other ideas. A quintessential Brit to the core, he requested a modest selection of German beers instead. This may well have been the least expensive company-naming process in EDA history! No marketing agencies, no focus groups—just friendly competition and high-quality beer. Nearly 16 years hence, wherever in the world you see OneSpin employees, you’ll still find plenty of both.